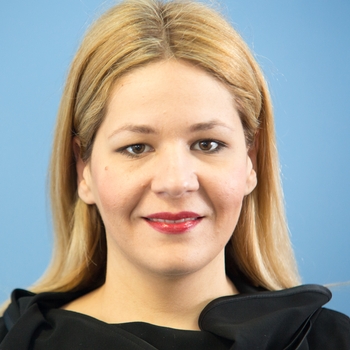 Ana Papež joined IDC in 2001 as an office manager. In 2004, Ms. Papež became sales and conference manager for the Adriatic Region. During her career at IDC, she has taken numerous educational courses and improved her management knowledge and skills. She has initiated the development of new services and products and the localization of several research tools in Croatia and the Adriatic region. In her 12-year career at IDC, she has organized more than 100 high-profile events and has built high-quality relationships with end-user companies and IT vendors. With her everyday engagement in various consulting projects and custom research, she has contributed strongly to IDC’s development in the markets of the region, a contribution that resulted in her gaining her new position at the beginning of 2014.